Counseling for Teens, Adults, and Families

Peter became a therapist because he experienced firsthand the transformational power of therapy. Seeing his first therapist in high school, who helped him immensely, alongside his first psychology class was the foundation for his curiosity. His parents called him the “kid psychologist” because he had a gift for insight into the human condition. Born in Los Angeles, with a couple of years in New York City, Peter spent his formative years in the suburbs of Chicago. He attended Pitzer College in Claremont, California where he studied psychology and art. After college, he went on to study music theory at the Milwaukee Conservatory of Music and Columbia College. Soon after he began writing, performing, and recording original rock music in Chicago. He reconnected to his passion for the human sciences after he returned to therapy to resolve some personal issues. This led him to graduate school.

Peter received his master’s degree from Loyola University of Chicago in 2001 specializing in family therapy and psychopathology. In his first year of work he treated couples, and also children in a public school setting. Later, he worked in a clinic specializing in cognitive behavioral techniques for adults. When Peter achieved his licensure in 2005 he began working in private psychotherapeutic practice.

From 2007-09 Peter worked in community mental health where he treated children, families, and adults with a range of mental health issues. At this time he also developed a dual-diagnosis group for adults with addiction and mental health issues.  Through his experience in working at Mental Health Partners, in Boulder, Colorado, Peter developed an expertise in clinical assessment and diagnosis.  Peter has been teaching yoga part-time since 2007 and utilizes these techniques to support healthy mental and emotional functioning. 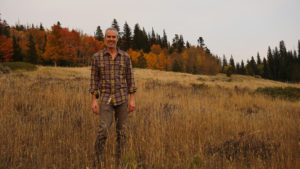